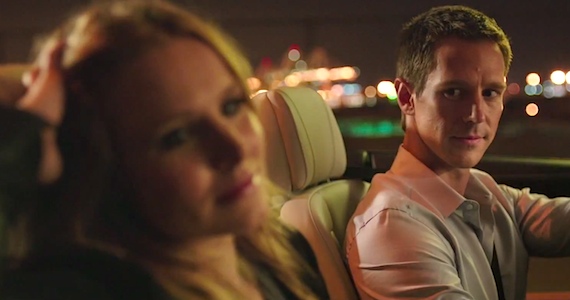 when i heard that 91,000 fans came up with $5+ million to make a veronica mars movie, i was beyond excited.

today things just got even more real after seeing the 2013 trailer that brings all my favorite characters back together and this time i will be watching them on the big screen.

since the series finale veronica hasn’t used her detective skills and she’s moved to new york city, and has graduated from columbia law school. the plot of the movie revolves around veronica’s ten-year high school reunion and the murder of logan echolls’ pop star girlfriend.

check out the trailer below and an interview with rob thomas:

at the veronica mars panel – courtesy of the hollywood reporter – rob thomas once again touched upon the “out of retirement” dynamic: “i can tell you that it sort of has a ‘godfather iii’ theme to it. which is odd, because why not pick ‘godfather ii’ ? it was better. … i can tell you [bell’s veronica character] has not worked as a private detective since the last time you saw her. part of this movie is her getting back into this life she thought she left behind.”

thomas also discussed one of his earlier ideas for the v-mars movie when it was an extremely low-budget film (as opposed to just being a very low-budget film): “i wanted to do an agatha christie movie with everyone in one house — very few sets and very few guest stars. and that’s not what we did. we made an incredibly ambitious, sprawling low-budget movie. we wanted to include all of those smaller parts that fans really loved.”

does he want to make more veronica mars movies? “oh, yes i do! i want to be a ‘bond’ franchise. i hope we make a ton of money with this one and get to do it via the normal channels. next time, maybe the studio will just give us the money.”

finally, thomas talked about his recent book deal to write two veronica mars follow-up novels: “[the first one] picks up where the movie left off. for years, i wanted to get the ‘veronica mars’ books done as young adult novels, but we sold them as adult novels. so it’s veronica at 28.”

are you guys looking forward to this film as much as i am?