Today I have a DIY project for you guys!!! This project has taken me a few weeks to actually create because of other commitments. So… this cute little box is from The Burlington Coat Factory and only cost $5.99. Since there wasn’t anything taking up space on my calendar this weekend, it was GO time.

This project is so simple, you can do it in like 20 minutes. I have been wanting to cover the router up and knew this would be perfect. I had to remove the box on the inside, because the router is oddly shaped and wouldn’t fit in there. Now I’m thinking “What can I do with this box”… “I can store makeup in it, maybe even mail”??? Then a light bulb went off in my head after I saw this ridiculously long power strip we had on the IKEA bookshelf.  DING That is what the box was meant for!!! LOL

Ok, enough history about this awesome box that ended up being a two for one deal. 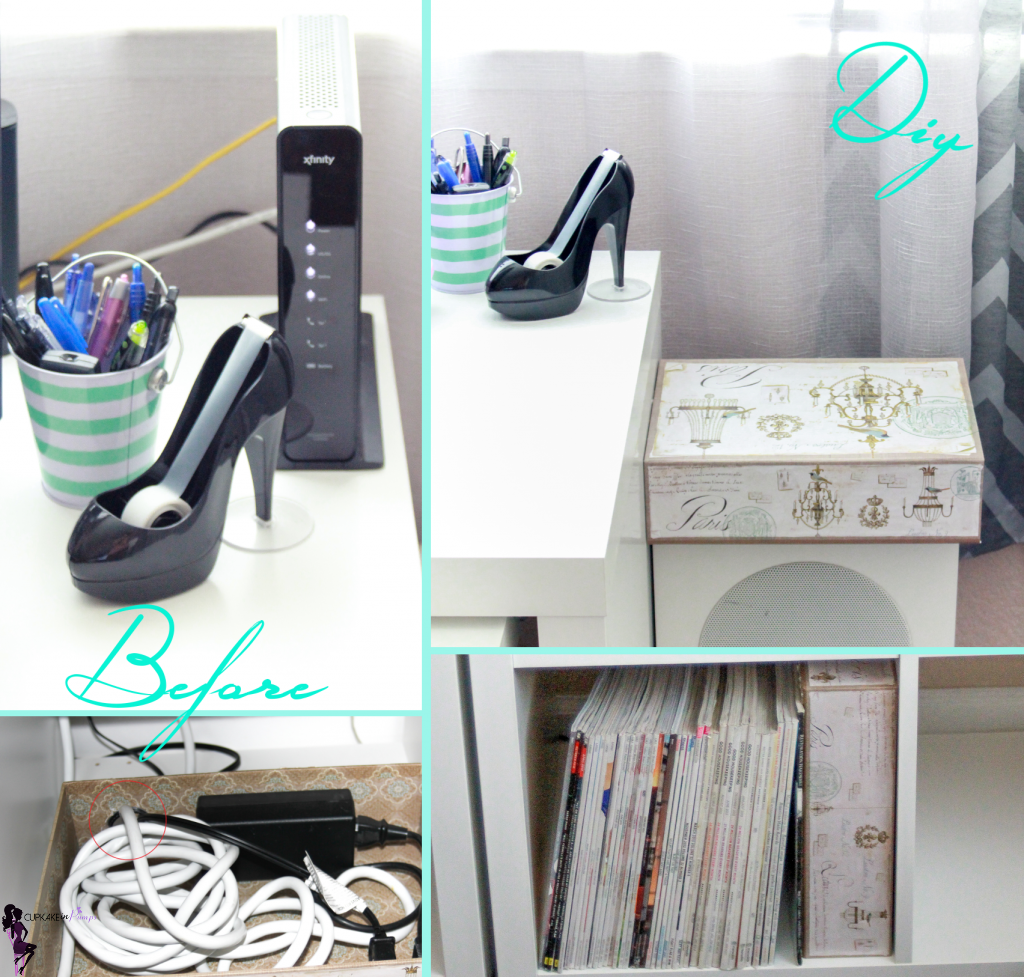 Here is the box (now I wish I would have turned the box around and snapped a picture): 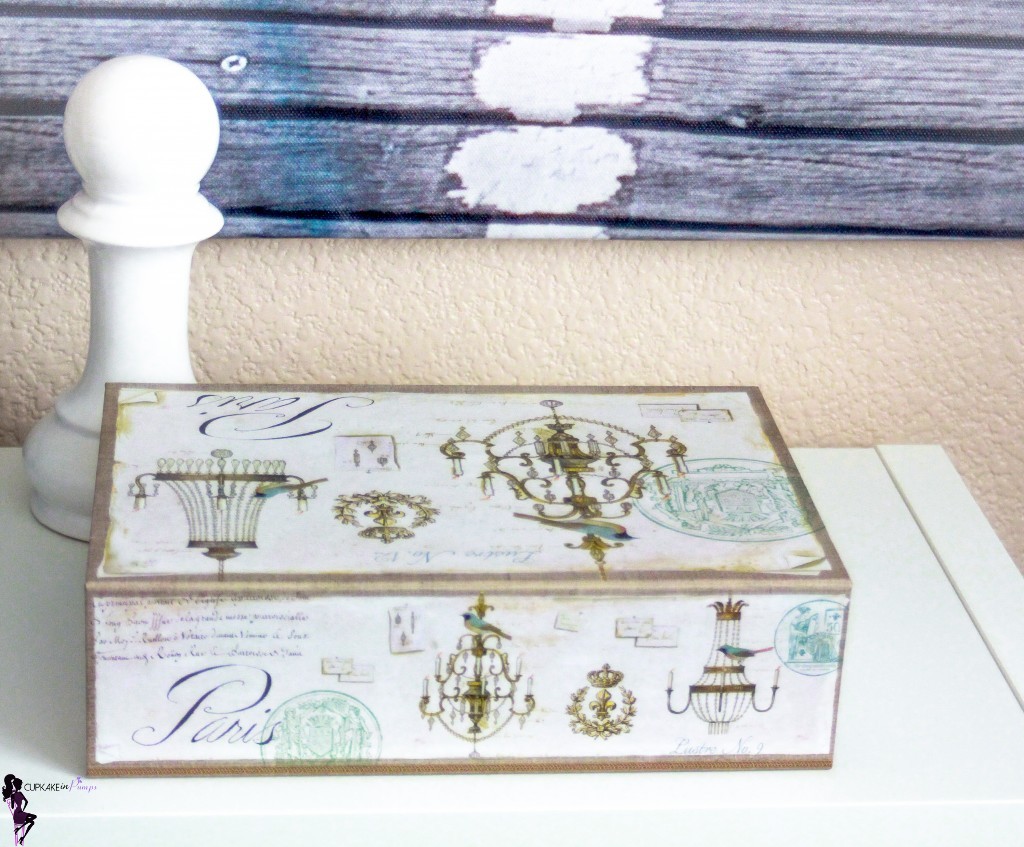 I used a flat head screwdriver to remove the box on the inside. 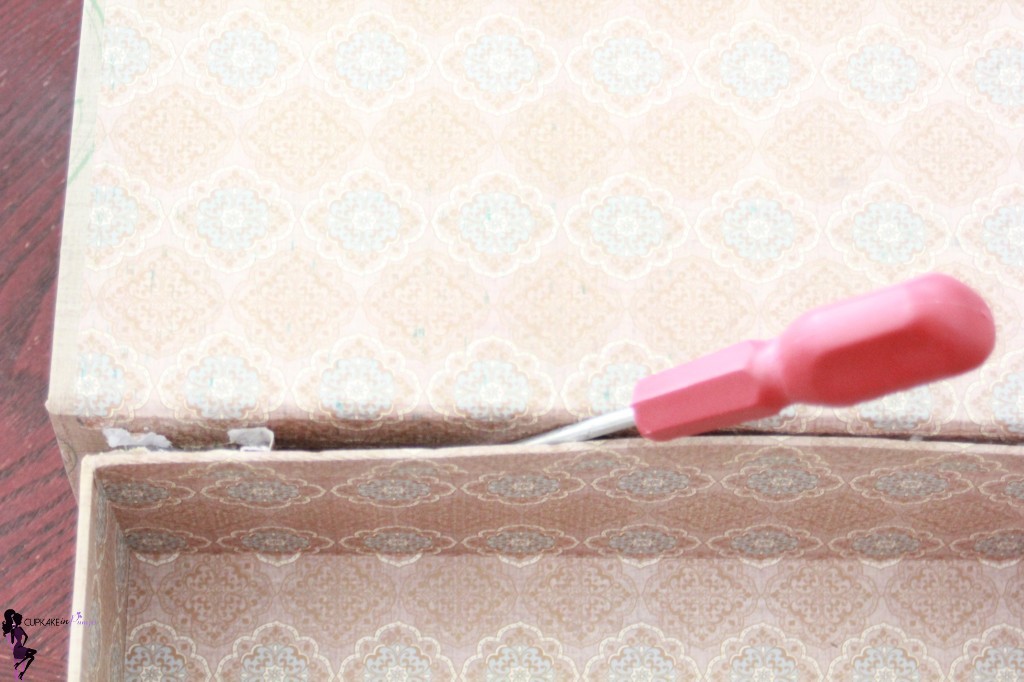 Here is the router and new box: 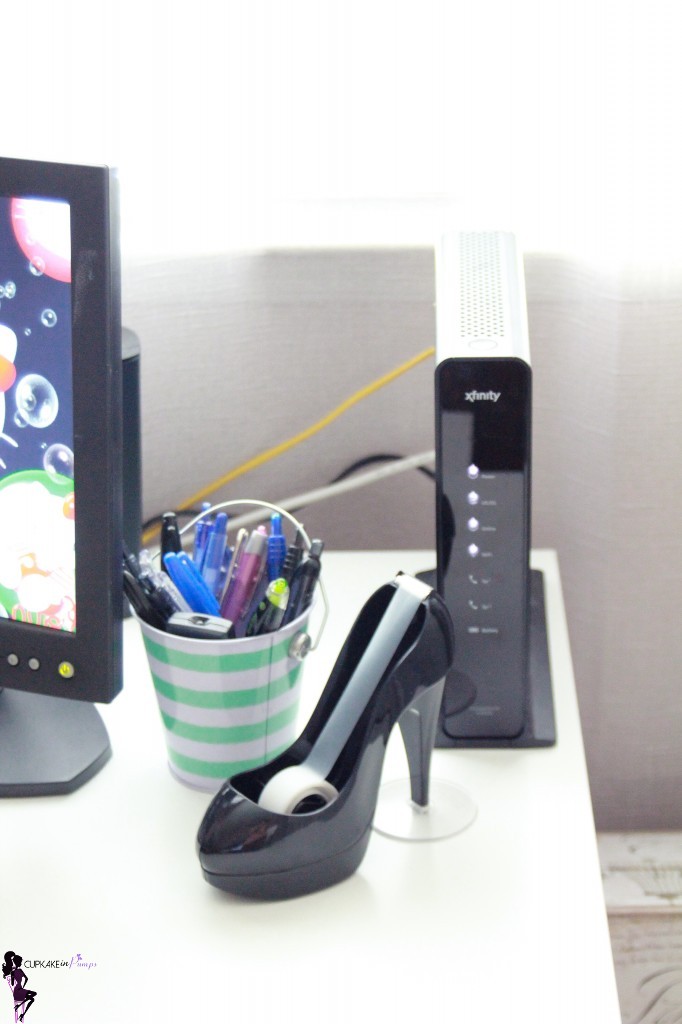 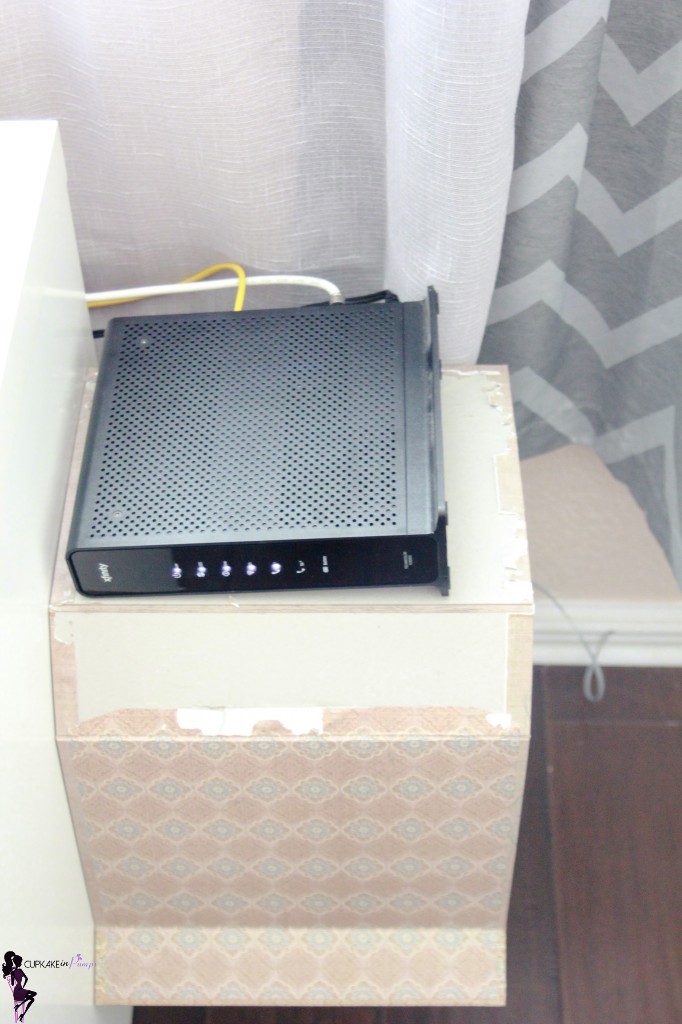 So simple and CUTE! 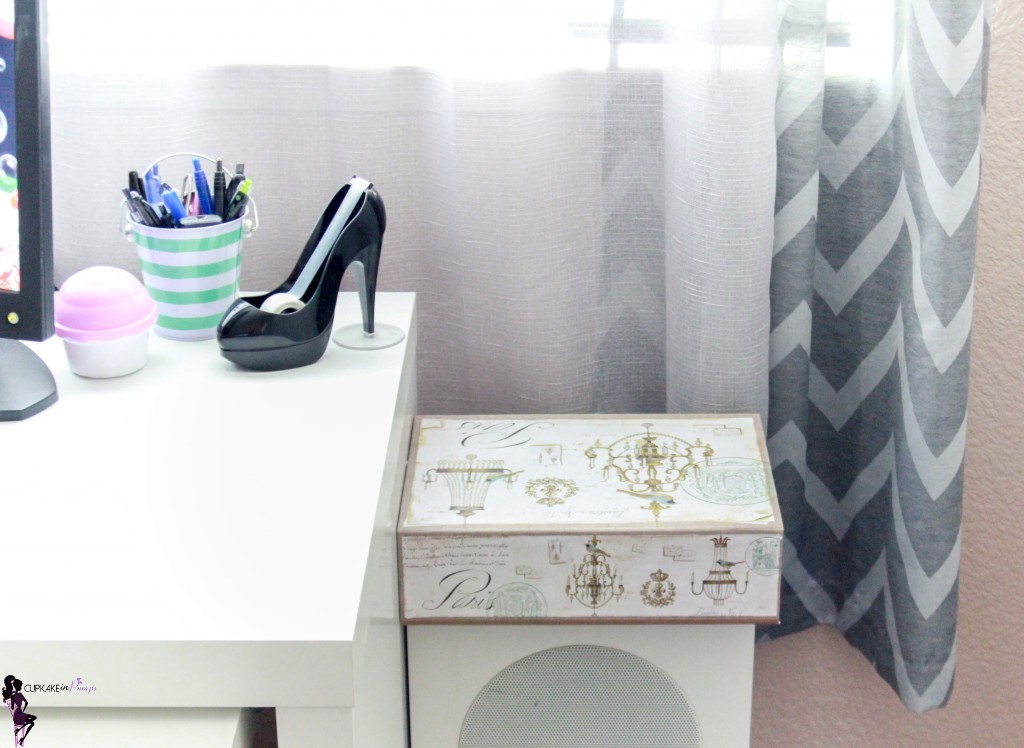 Now on to the power strip:

Now that the new box had no top, I tried placing it on a stack of Magazines to lift it up so you couldn’t see what was in it. I tried a few other options and nothing was working.  Determined to make this work, I flipped it on its side and BAM! 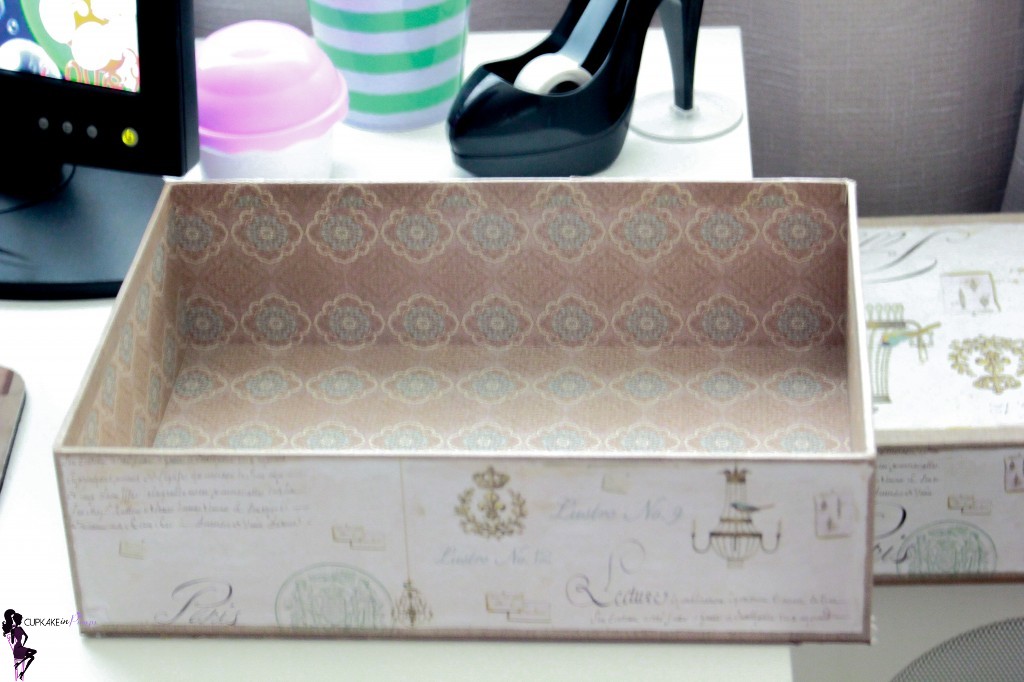 Once I figured out how to display it, I grabbed some double sided tape and a razor to cut a whole in the back to feed the cord through.  Using  the inside of the double sided tape to make the circle, then cut it with the razor blade. It doesn’t have to be perfect because know one will see it.  But you can always cut a perfect circle with a circle drill bit, which I don’t have. 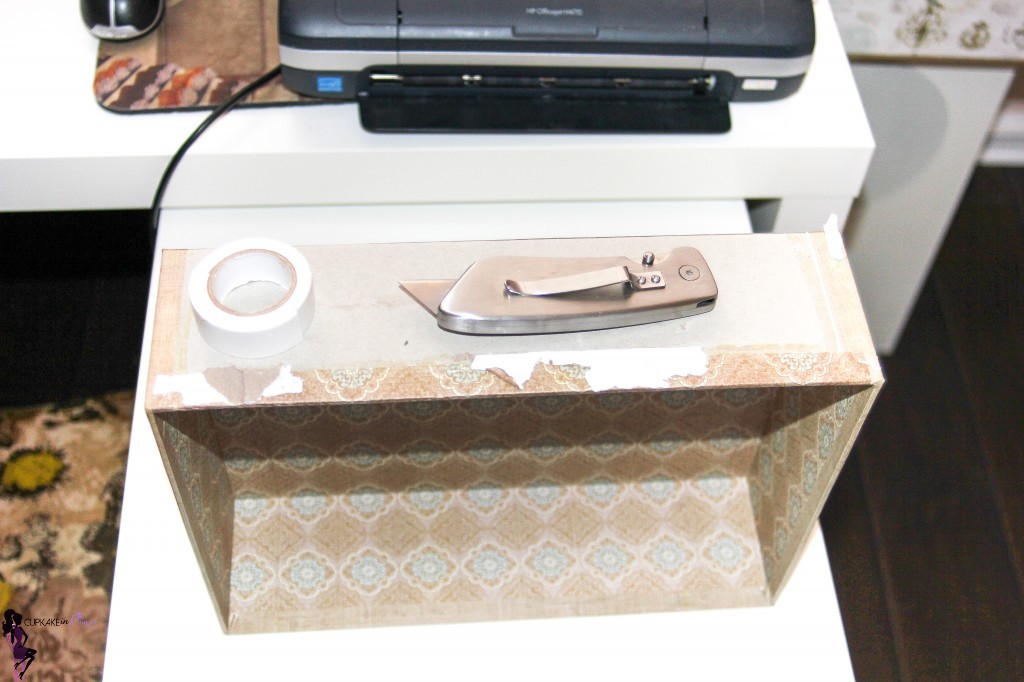 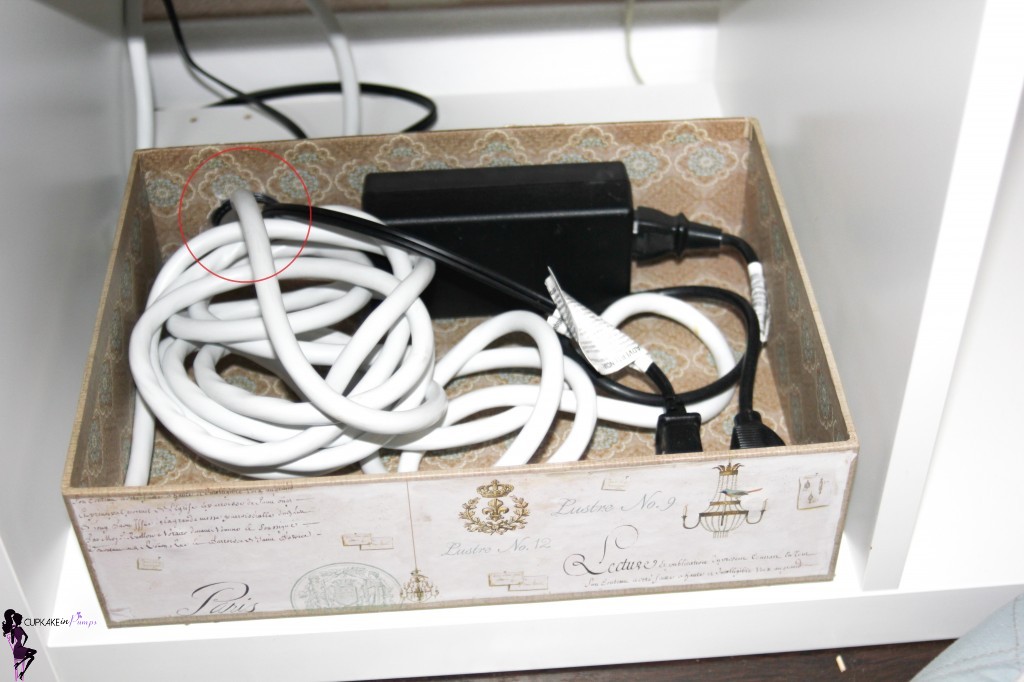 And now my long power strip has a new home! 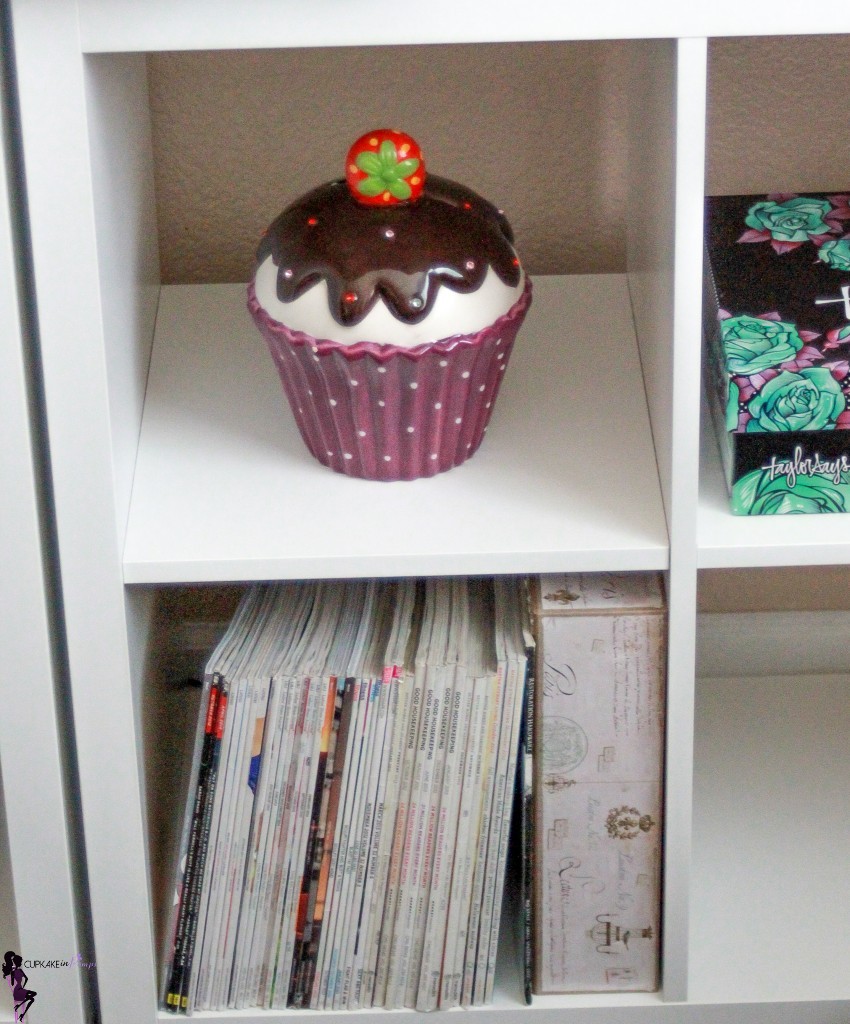 I would love to hear your ideas and what you would have done?